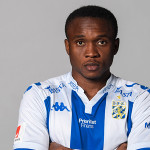 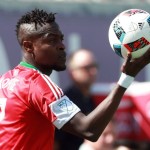 Gershon Koffie is a Ghanaian footballer who plays for New England Revolution in the U.S. Major League Soccer on loan from Swedish club Hammarby IF. Koffie grew up in the Ghanaian capital Accra, and began his soccer career when he joined Rot-Weiss Accra – a development club affiliated with German club Rot-Weiss Essen – as […] 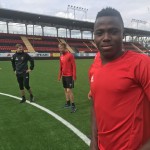 Patrick Kpozo (born 15 July 1997) is a Ghanaian professional footballer currently playing for AIK Stockholm in Sweden as a defender. Setting some of his brightest and youngest talents out to stardom, Kpozo is a delight to watch, his speed and work rate makes him an ultimate choice to have in your team. PROFILE Patrick […] 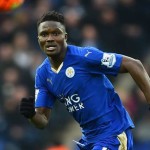 Daniel Amartey is a Ghanaian footballer for Leicester City in the English Premier League. Amartey has surely added bite to the crop of talented players in his team and offered competition in defense and midfield. HOW THE JOURNEY STARTED Dan joined Accra Youth FC, the youth side of Inter Allies FC in 2009 from a […] 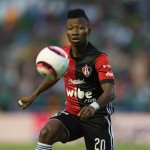 Born in Accra, Aboagye made his senior debut for Inter Allies, after being promoted to Ghana Premier League side in his first and only season. In July 2013 he joined Udinese from Inter Allies, and he signed a five-year contract with the Serie A club and was subsequently loaned to Granada CF, linking up with […] 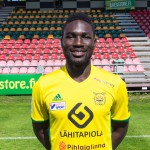 Baba Mensah is a Ghanaian center back who plays FC Llves in Finland. The well-built defender has been regarded as one of the hottest prospects monitored by the technical handlers of the senior national team. He can be at the helm of most defending positions as a center back and as a defensive midfielder. As […] 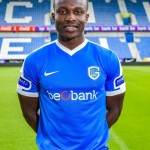 Joseph Aidoo is a Ghanaian footballer who plays as a defender for KRC Genk in the Belgian top-flight league. Tried and tested in the Ghanaian and Swedish league, Aidoo has successfully played in variety defensive positions from right-back through center back to left-back and also as a defensive midfielder. One of the biggest advantages to […]