Inter Allies vice captain Baba Mensah featured full time as Ghana U23 secured qualification to the 2015 All Africa Games in Brazaville after beating Mozambique 2-0 in Tamale on Sunday.

The Black Meteors had lost the first leg 1-0 a fortnight ago but managed to overturn the deficit thanks to Salomao Mondlane’s own goal and Bright Adjei’s strike to win the tie for the Olympic team. 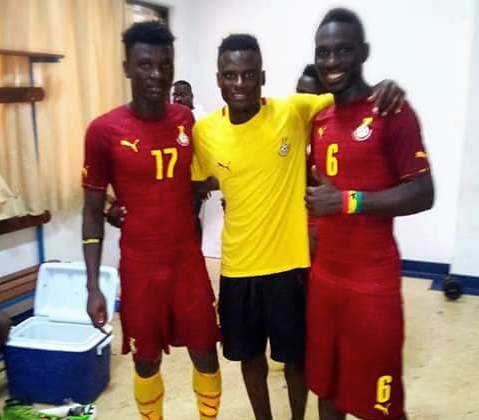 Baba Mensah and his teammates

Mensah featured in both games (home-and-away tie) and is expected to be named in the squad that will represent Ghana in the 2015 All-Africa Games which is slated from September 19 to 30 in Brazzaville.

We congratulate Baba Mensah for his hard work and raising the flag of Inter Allies.