The WBO Interim Super Bantamweight Champion was  there to present the title he claimed against Cesar Juarez on 6th January, at the Bukom Boxing Arena, to the Club. 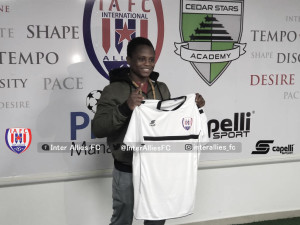 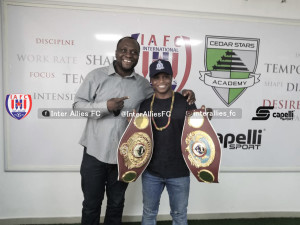 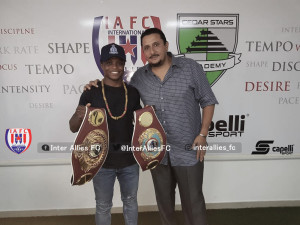 Dogboe and his team toured the Club’s office and had a photo session with the staff.

Dogboe has now registered 18 wins with 12 being knockouts, after stopping Cesar Juarez.