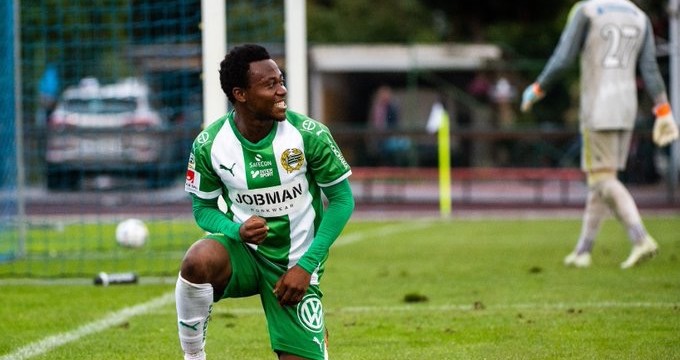 Midfielder Abdul Halik Hudu scored a brace for Hammarby IF U-21 in a league match.

They defeated Djurgarden  3-1 at the Hammarby IP in Stockholm on Monday afternoon.

The youngster drew first blood in the early embers of the game (9th) for Hammarby before Bengtsson doubled the lead in the second half (59th minute).

Badji reduced the deficit in the 72nd minute but Abdul Halik Hudu recorded his brace in the 79th minute to restore their two-goal cushion and to seal win for the home side.