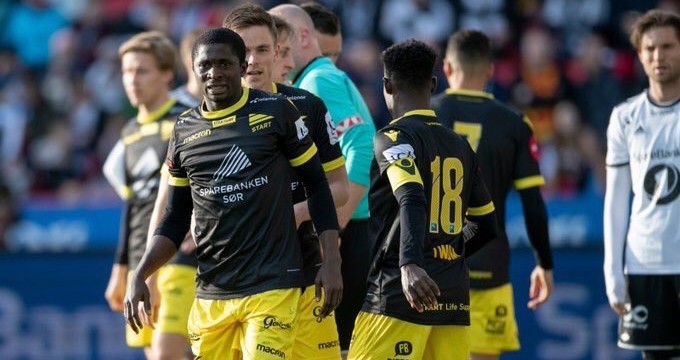 IK Start ended the day with bragging rights on Sunday when they defeated Kristiansund 2-0 in the Norwegian league.

Two second half goals at the Sparebanken Sør Arena in Kristiansand put the visitors Kristiansund to the sword.

Afeez Aremu started in the local derby and bossed the midfield. He was however substituted in the 84th minute after getting a knock.

Isaac Twum replaced the Nigerian and played his part in the remaining minutes of the game, where they won comfortably.