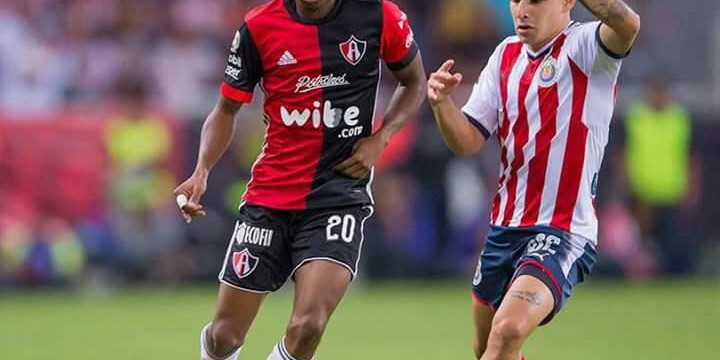 Ghanaian midfielder Clifford Aboagye played the entire duration for Atlas FC in their 0-0 stalemate in the Mexican Lig MX.

After drawing away to Cruz Azul last week, Atlas traveled to the Estadio Universitario BUAP in Puebla to share the spoils with Lobos BUAP.

That’s 2 points from 2 away matches on the trot and the Ghanaian international featured for Black and Reds once again.

He was the heart of the team where he dominated the midfield, distributing passes and dictating the tempo of play.

Out of the four matches played in the 2018/19 season, the former Inter Allies and Granada talisman has featured in all the matches.

Atlas FC lies 16th on the Mexican Lig MX table with 2 points after 4 games and would return to their favorite home grounds next week.