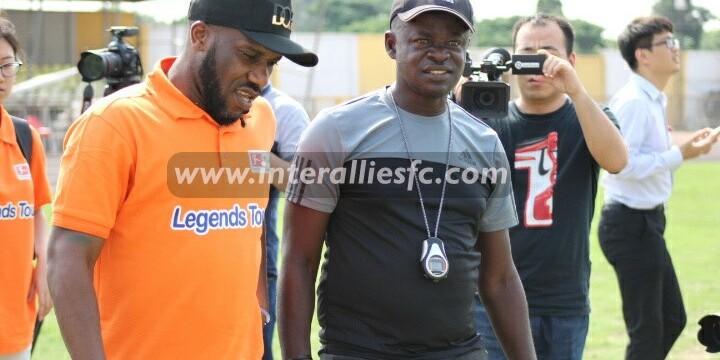 Okocha who’s on StarTimes and Bundesliga Legends tours received a warm welcome, where he played a fantastic role in sharing of ideas with the players.

Head coach Prince Owusu revealed that it was wonderful to have such a giant of African football around for a visit and a tremendous boost for the players.

“I think it was an inspirational thing that happened to the team on Monday when Okocha came around,” he told the club’s website.

“The boys are young guys growing up and they need such things, I can tell you that when Okocha left, the boys were really touched.”

“It was a very good experience for the boys and the team and a very big opportunity for us to have him around.”