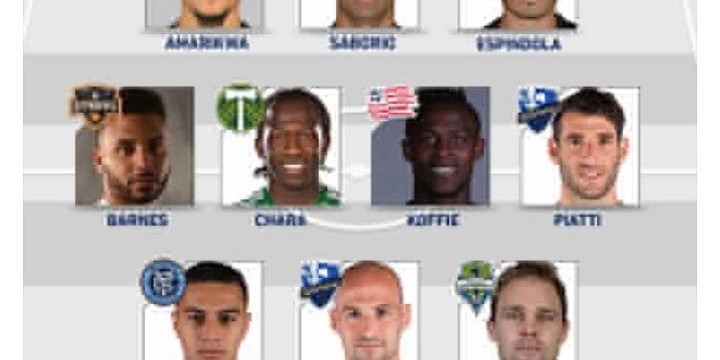 Ex-IAFC Koffie named in MLS team of the week

Koffie made 6 interceptions, 2 shots, 92% passing accuracy in New England Revolution’s 1-1 draw with Toronto FC at the Gillette Stadium on Saturday.

Kelyn Rowe opened the scoring for New England in the first half with a goal which credited Watson and Koffie with a secondary assist – recorded their first points as Revolution players.

Sebastian Giovinco got the leveller in the second half.

Koffie was traded from Vancouver on February 11, 2016 and he’s one of the brightest young talents in MLS.

He athletic and powerful midfielder who has the ability to cover ground and win tackles.