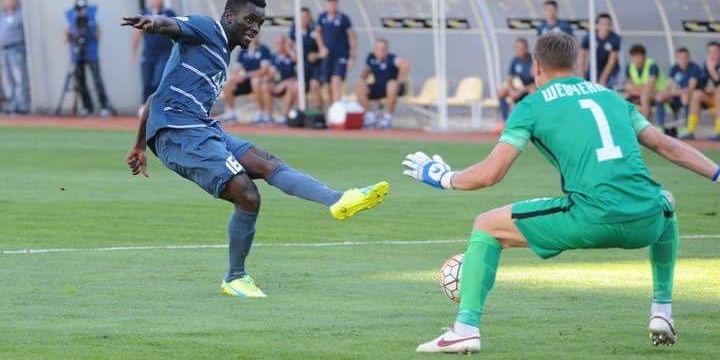 Ex-Inter Allies striker Kwame Karikari was on fire as he bagged a hat trick for his team Stal Kamyanske in the Ukrainian Premier League.

They came from behind 1-0 to beat FC Oleksandian 4-1 at the Stadion Meteor in Dnipropetrovs’k to mark match week 22.

Starenkiy got the opener for the visitors in the 19th minute but Kwame Karikari slotted in a 40th minute penalty to level matters before half time.

The forward then put his team in front heading home nicely from a well met cross from the right side.

Boy Deul made it 3-1 four minutes from time when he scored from the spot before Kwame put the icing on by grabbing his hat trick in added time.

Stal Kamyanske are now 8th on the league table with 24 points after 22 league matches played.