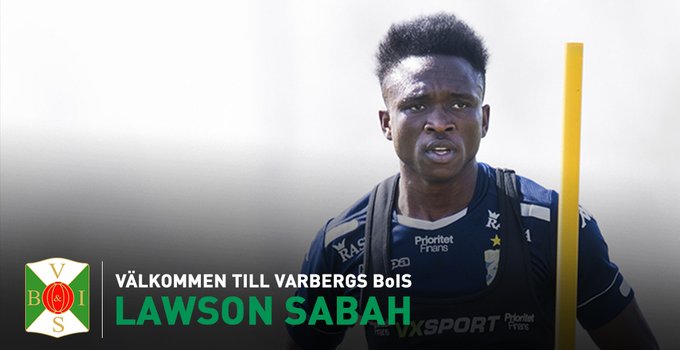 Lawson Sabah joined IFK Gothenburg from Inter Allies in Ghana for the 2015 season. Sabah played 11 matches and a goal in two seasons for IFK Göteborg.

“I am very happy to come to Varberg,” says the midfielder Sabah.

“But I can also play on the edges. I know I have to work very hard.”

Lawson Sabah will be ready for his new team’s meeting with Gefle IF on August 9th.

”For us, it’s a great solution. With his powerful game, I think Lawson will greatly enhance us this season.”

“Likewise, it will develop him further,” says Varberg coach Jörgen Wålemark to Blåvitt.