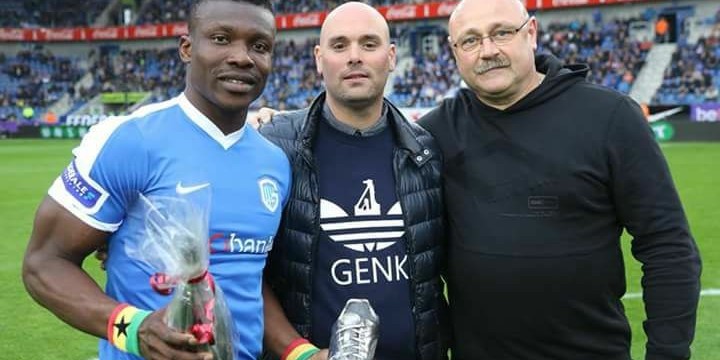 The season has been a memorable campaign for the solid-rock defender who joined the royal Blues last summer from Swedish side Hammarby IF.

The former Inter Allies captain has played 31 matches, starting 29 with 3 goals so far this season.

He has won 4 man of the match awards with a memorable one coming against Anderlecht were he scored the only goal of the match.

Genk are 6th on the Belgian elite league table with a game to go.