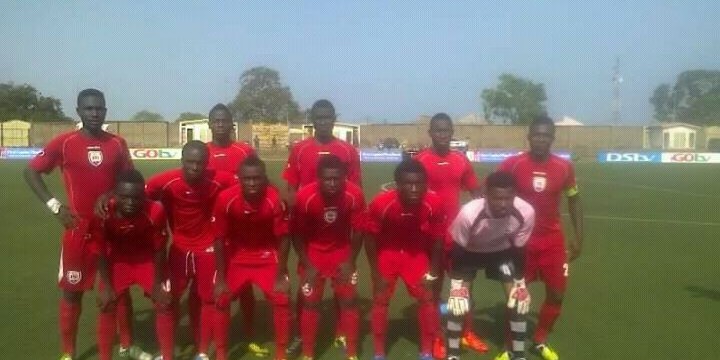 Inter Allies will be the host in their penultimate First Capital Plus Premier League clash against Aduana Stars at the Tema Sports Stadium on Sunday, 1st June, 2014 at exactly 15:15 GMT (3:15pm local time).

There’s been no major injury concerns as all the registered players are fully fit and available for selection for the match, giving the gaffer a big headache. The team is in fine shape and has been fine tuned with the series of friendly matches during the course of the week in preparation for this match.

Inter Allies have been boosted with the return of midfield ‘monster’ George Asamoah after he resumed training on Monday, he missed the trip to Accra Hearts of Oak due to accumulated yellow cards but has finished serving his one-game ban and is available for selection in this match should coach Herbert Addo call for his services.

Talisman Prosper Kassim and vice-captain Joseph Aidoo who went for the Black Satellites camp after the Hearts game, also resumed training on Tuesday and are available for selection for this match also.

Both Aduana Stars (9th) and Inter Allies (10th) have 37 points each on the league table after 28 matches with just two games more to go, both clubs can not afford to drop points being above the relegation zone with just three points and the bottom sides with four points.

Herbert Addo’s men will be hoping to win this match to confirm their Premier League status for next season as this home match represents a big opportunity to survive relegation and make the final away game a mere formality in Cape Coast against Ebusua Dwarfs on Wednesday.

After an impressive run in the second round going seven matches unbeaten, Inter Allies were stunned by Hearts of Oak with a 1-0 defeat making it 2 losses in 13 matches in the second round but the “Eleven Is To One” boys have vowed to destroy Aduana Stars to go up above them on the league log and avoid relegation.

Aduana Stars have had a troubled season themselves but they have also been fantastic in recent games, they have been unbeaten in their last six matches winning four and drawing two and also have the same ambitions as Inter Allies to avoid the drop.

In the reverse fixture Aduana Stars at home defeated Inter Allies by 2-1 in Dormaa, Patrick Bortey scored the consolation goal for the Reds.

HEAD-TO-HEAD IN THE LEAGUE