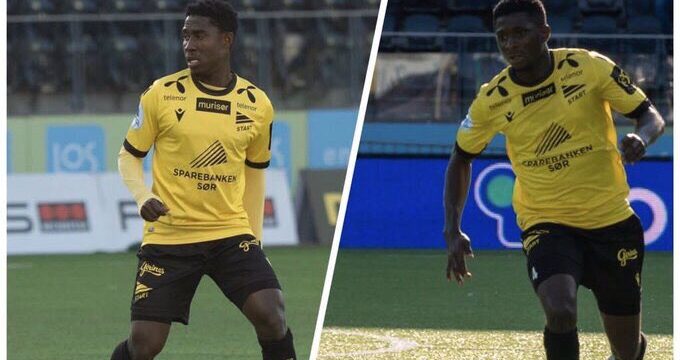 NORWAY – Aremu and Twum help Start to a goalless draw

NORWAY – Aremu and Twum help Start to a goalless draw:

Aremu had the opportunity to start the game while Isaac Twum started from the bench.

Both midfielders had the chance to exhibit their skills with the Nigerian playing the first 68th minutes of the game.

Twum later on replaced Aremu after the latter sustained a minor injury after a very tough tackle.

Starts have had a rough start to the campaign and would hope to bounce off the draw to a better run as the matches unfold.