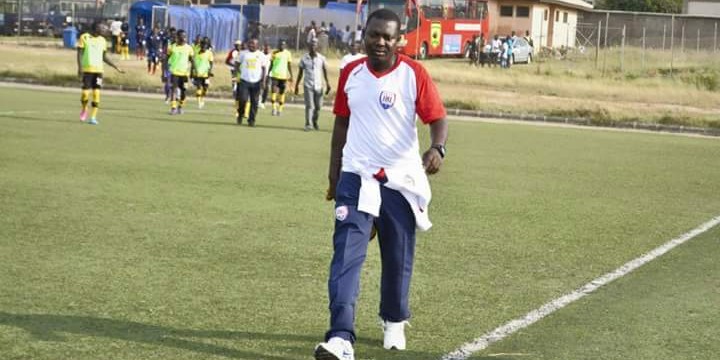 Equipment Officer Ruben Adjetey has apologized to Management for not being at post for the early part of the second half of the game against Hearts of Oak in Tema.

He went further to apologize for an unsuitable rhetoric he made on the air waves.

Management has accepted his apology and asked him to be of good behaviour.

Goalkeeper’s coach Spike Markwei has also apologized for an unsuitable rhetoric he made during the game.