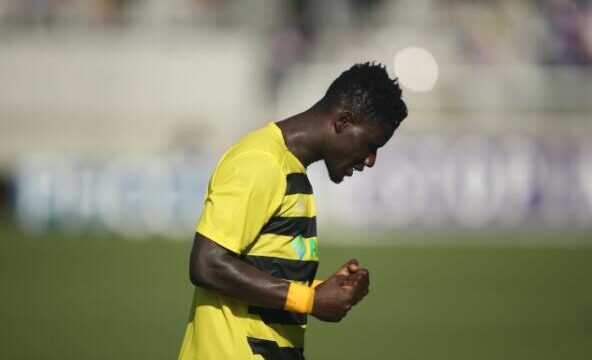 Ropapa Mensah continued his fine form for Pittsburgh Riverhounds as they thrashed Philadelphia Union II 6-0 in the USL on Saturday night.

The lethal forward scored the opening goal after 29 minutes, with a cheeky chip over the goalkeeper after racing through the defenders.

Riverhounds scored 5 other goals to complete the thumping with Ropapa getting substituted in the 64th minute.

From the the two games played so far Ropapa has recorded 1 goal and 2 assists with Riverhounds bagging two wins from 2 games.