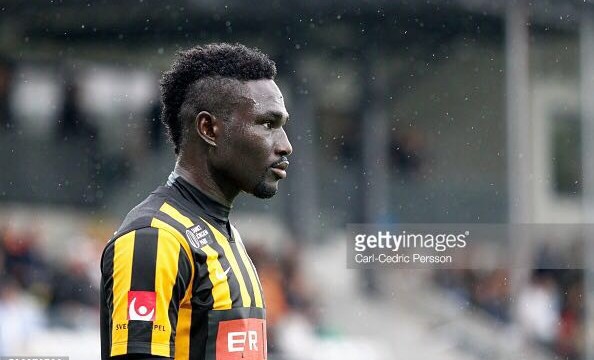 Inter Allies defender Baba Mensah starred in BK Hacken’s 3-1 win over Ostersunds Fk on Sunday at the Swedish Allsvenskan at the Bravida Arena.

He came off the bench in the 37th minute when his side were  1-0 down and helped staged a comeback from a goal down to win 3-1.

Baba who had scored for Hacken in their previous match (Cup match) was played out of position as he was tried at left back in the match and excelled.

Ghanaian compatriot who’s helping Baba Mensah to settle in Hacken Nasiru Mohanned got the leveler before J. Oweri shot them infront, A.Dyer put the icing on the cake for the home team with an own goal which was engineered by Baba Mensah.