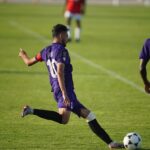 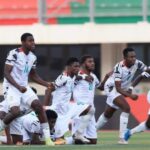 CAF-U20 AFCON – Frank Assinki’s Ghana qualify to the semis: Frank Assinki was a stalwart defender for the Black Satellites in their quarterfinals win over Cameroon in the ongoing U-20 African Cup of Nations. The defender played the full throttle of the match and took care of several duels to prevent the ‘Baby Lions’ from […] 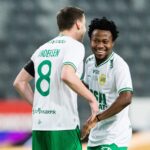 Abdul Halik Hudu shines in Hammarby cup win: Hammarby high with a 4-1 win over AFC Eskilstuna in a Svenska Cupen on Saturday afternoon. Abdul Halik Hudu who started in the middle of the field played 74 minutes of the exciting match and was replaced by Magyar. Andersen, Seljmani, Khalili and Fenger were on the […] 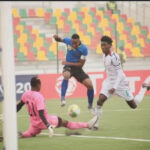 CAF U20 – Frank Assinki features as Ghana draw with Morocco

CAF U20 – Frank Assinki features as Ghana draw with Morocco: HB Koge defender Frank Assinki once again put on a spirited performance for the Black Satellites in the ongoing U20 Africa Cup of Nations. Ghana shared the spoils 0-0 with their counterparts from Morocco in the Group’s match day two fixture to go top […] 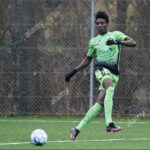 U20 AFCON – Frank Assinki shines in U20 debut

U20 AFCON – Frank Assinki shines in U20 debut: HB Koge defender had an impressive debut game for the Ghana U20 in their opener of the ongoing CAF U20 AFCON. The Black Satellites thrashed their counterparts from Tanzania 4-0 with Frank Assinki playing the full throttle. A brace from Percious Boah, a magical volley by […]

Frank Assinki makes final squad for U20 AFCON: Frank Assinki has made the final list for Ghana U20 national team as they depart to Mauritania for the 2021 CAF U20 African Cup of Nations. The tournament is taking place from February 14- March 6, and Ghana’s Black Satellites are in Group C where they are […] 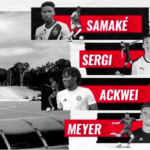 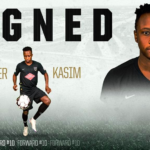 Legion FC Re-Signs Ex-Allies Forward Prosper Kasim: Birmingham Legion FC announced today that forward Prosper Kasim has signed a new multi-year deal with the club, pending league and federation approval. The Ghanaian was an integral part of Legion FC’s attacking corps during the 2019 and 2020 seasons. “We are excited to bring Prosper back to […] 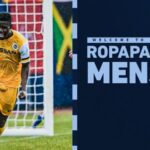 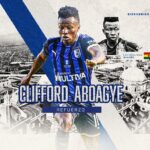 Clifford Aboagye signs for Club Puebla: Ghana international Clifford Aboagye has completed a loan switch to Mexican topflight side Club Puebla. The 25-year-old Ghanaian midfielder from Club Tijuana has joined his new side as reinforcement for 2021. The Club announced through its social networks its new brand-new reinforcement to face the second part of the […]