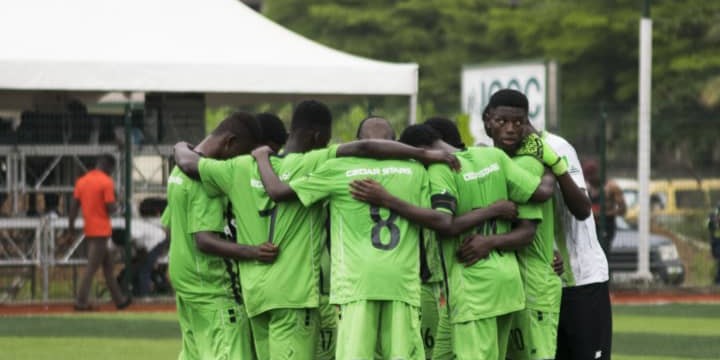 Cedar Stars have secured qualification to the semi finals of the Baby Jet promotions U16 championship after a hard fought 2-1 win over Attram de Visser Academy.

The young Capelli Boys have thus far maintained their unbeaten run in the group stages of the maiden competition at the Asamoah Gyan Soccer Complex.

Attram de Visser gave Cedar Stars a tense opening minutes at the start but the younsters found their rhythm and went on to get the opener through man of the match Emmanuel Agyemang.

The encounter which has been touted as game of the tournament so far lived up the billing as Attram de Visser got an equalizer 10 minutes into the second half through a deflected free kick that cheekily beat goalkeeper Clement Aryee.

With the match heading for a draw and will see Attram top the group to qualify for the semi finals, the Cedar Stars boys showed real character as the got the match winner in the dying minutes in a goal mouth melee through Felix Abuska.

Cedar Stars will return on Saturday for their semifinal game against an opponent yet to be determined.