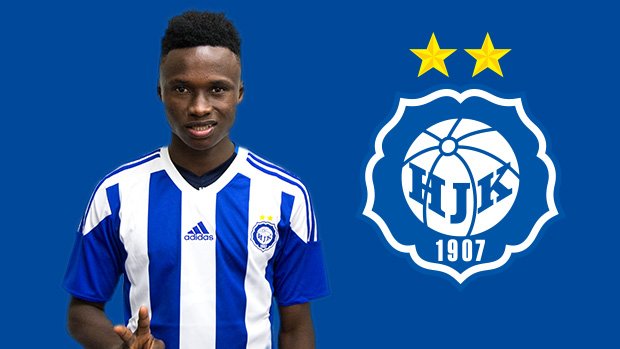 Inter Allies FC forward Evans Mensah has joined HJK Helsinki on a loan deal until the end of the 2016 Finnish Premier League season with an option to buy.

The former Right to Dream player featured 17 times for the ‘Eleven Is To One’ this season with a goal, three assists and three man-of-the match accolades.

Earlier this year, he was invited to the senior national team, the Black Stars for African Cup of Nations qualifier against Mozambique.

He’s was an integral member of the national U-20 team, Black Satellites during their 2017 African Youth Championships qualifiers this year.