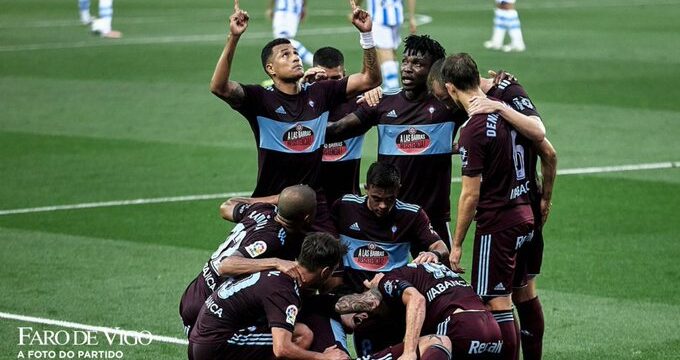 Ghana defender Joseph Aidoo was at his usual best as he played a significant role in Celta Vigo’s victory against Real Sociedad in the Spanish La Liga on Wednesday.

Coach Oscar Garcia recalled Aidoo back into the starting line-up after dropping to the bench in their 6-0 win against Deportivo Alves over the weekend.

The Sky Blues secured a vital 1-0 win at Real Sociedad at the Reale Seguros Stadium to boost their LaLiga survival chances.

The deciding moment of the match came just before the break when Iago Aspas was tripped by Diego Llorente inside the penalty area.

After the break, La Real dominated much of the possession, with Adnan Januzaj looking their most dangerous threat cutting in from the right.

However, the visitors held on to secure a crucial three points to move seven points clear of Real Mallorca in 18th place.