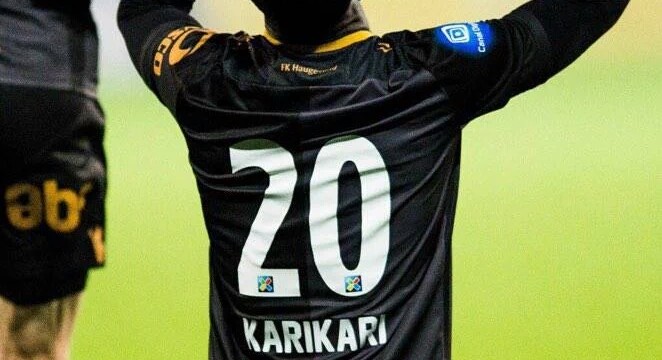 Inter Allies product Kwame Karikari continued his fine scoring form for Haugesund by coming off the bench to score in their 3-0 win over Aalesund.

The 24-year-old striker came off the bench in the 74th minute to put the icing on the the cake for his new team in second half added time.

Karikari who recently joined Haugesund has made and instant impact at the club by scoring twice in two games.

The striker hopes to continue his fine form for Haugesund as the season unfolds.